C. Jeré is a metalwork artist of wall sculptures and household accessories.

C. Jeré works are made and marketed by the corporation Artisan House. Curtis Jere is a compound nom-de-plume of artists Curtis Freiler and Jerry Fels. The two founders combined pieces of their own names to create the C. Jeré signature. Modernism magazine interviewed Jerry Fels shortly before his death in October 2008. According to the resulting article in the Spring 2007 issue of Modernism magazine page 116, the company was founded in 1963 by Fels and his brother-in-law Curtis (Kurt) Freiler. Freiler was the production chief and Fels was head of design. Their goal was to produce “gallery-quality art “. Prior to the establishment of Artisan House, the partners built a costume jewellery business, selling work under the names Renoir and Matisse, which employed around 300 people at one point. Kurt and Jerry sold Artisan House in 1972. Kurt Freiler died July 22, 2013 at the age of 103 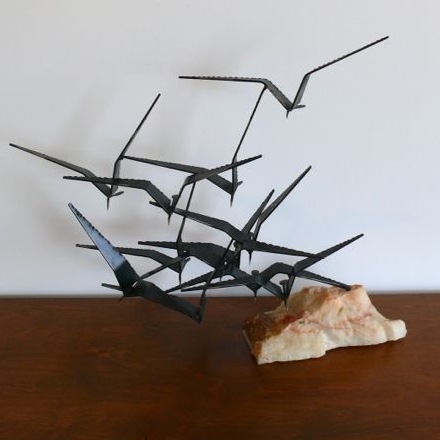