You are here: Home1 / media2 / The Press – Mid-century design on show in new Christchurch exhib... 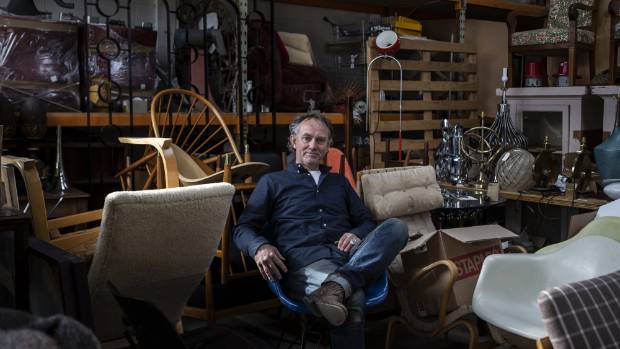 Ross Morrison, the man behind Mr Mod mid-century furniture store, is displaying the best of his collection in a three-month exhibition at the Centre of Contemporary Art (CoCA), opening on August 24.

But have you heard of Gio Ponti or Carlo Mollino? How about Charles and Ray Eames, or Arne Jacobsen? To many, these mid-century designers stand alongside those lofty figures of art and culture.

At the top of the list of admirers, Ross Morrison, Christchurch-based furniture dealer and collector. Through his shop Mr. Mod, in St Martins, Morrison has become one of the country’s foremost figures in mid-century furniture and design.

The best of his personal collection will be on display at Mid-Century Modern: the Morrison Collection, an exhibition at the Center of Contemporary Art (CoCA), opening on August 24. It is one of several events, shows and exhibitions celebrating 50 years of the gallery.

Morrison said the show including furniture and art works sourced from Italy, America and Scandinavia. He regularly travels the world hunting down one-offs and unique pieces.

“I think furniture is an art form. A lot of people might argue against that, but it is, especially the stuff we have,” Morrison said.

“Because of what’s happening worldwide in the mid-century market, a lot of the things have become so expensive and hard to procure. These things are one offs and you just won’t be able to find them again.”

Morrison’s business restored and repaired furniture from their workshop and warehouse on Wilsons Rd. He had been dealing in mid-century furniture for more than 24 years, before that it was Japanese antiques.

He said his “own curiosity” kept him ahead of the curve. That, and the influence of his own father’s antique store.

“I always had an interest in mid-century design [and] going to CoCA when I was a kid, seeing exhibitions by painters and potters, jewellery makers, that was an influence that led me into this business,” he said.

Morrison’s son Nico had recently joined the ranks at Mr Mod, becoming the third generation to see the value in collecting and dealing in the rare, built art of antique furniture.

Items Morrison said to look out for in the collection were a pair of chairs by Italian designer Gio Ponti, a lounge chair and coffee set by American industrial designer Raymond Loewy, and several pieces by acclaimed Danish designer Hans Wegner.

Mid Century Modern: The Morrison Collection is on at CoCA until November 18